“K” is a young single mother of 2 small children. She was evicted from her home by a family member, through no fault of her own, sued him to get eviction off her record, and won. He was also her employer, and fired her at the same time. This started her year-long journey of homelessness, and through incredible hard work and perseverance, acquiring an apartment.

K has had a history of homelessness with her family, starting at a young age. The first time she and her family went to a shelter, she felt and thought, “I don’t want to live here; this is disgusting.” However, as she took a moment to really see the people around her, she realized they were just like her. 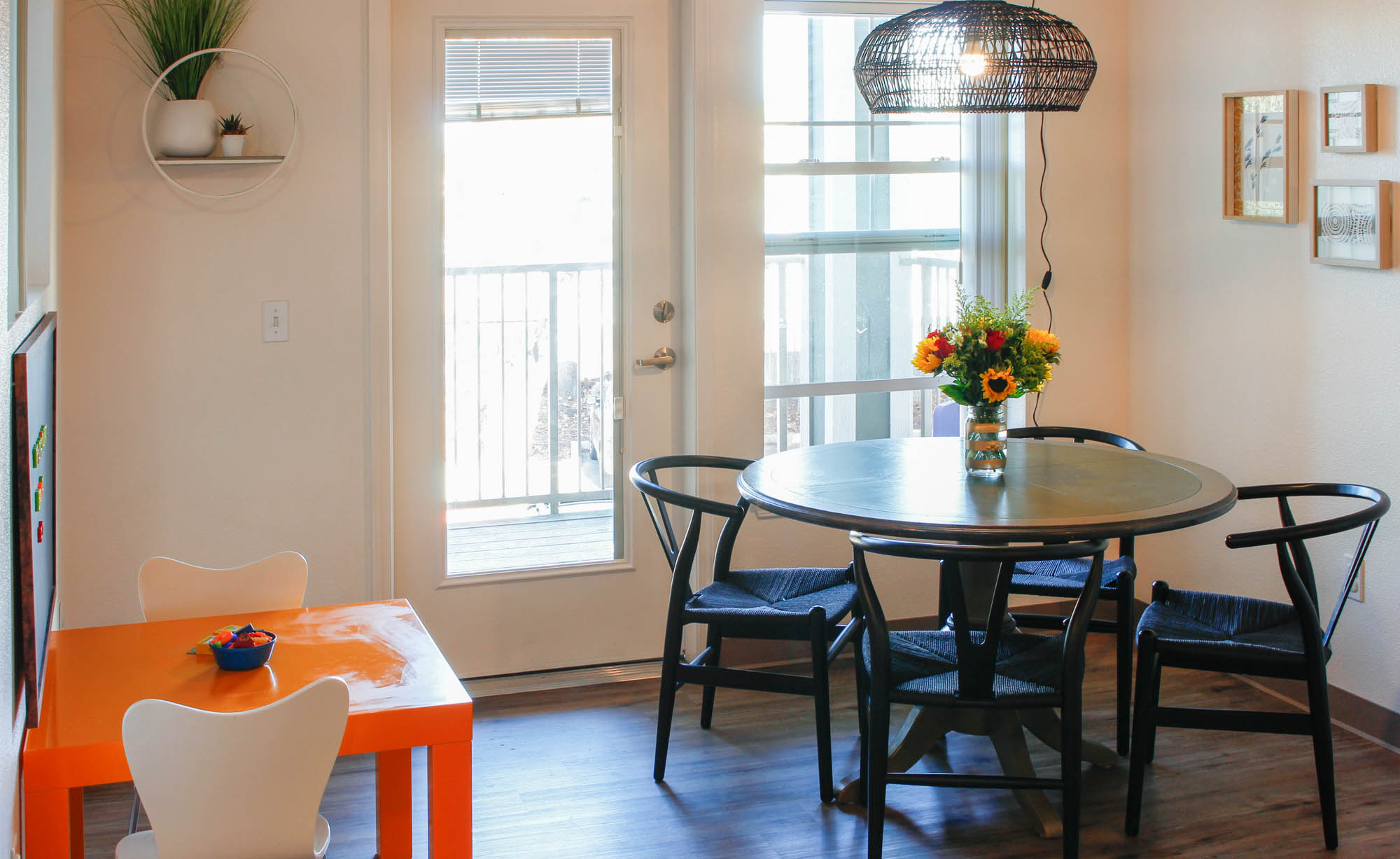 The common theme folks express about being homeless is that they feel stigmatized and judged. Although Kayla has never done drugs, she felt that people thought she had, and that is the reason she ended up homeless. She went on to describe how difficult it was to fight her way out of homelessness, both in actuality and emotionally. While living “out in the middle of nowhere” in Petaluma, she was alone with 2 small children, and no car. Her oldest son also has special needs and requires services. She described the almost impossibility of trying to get to a bus to get into town, again with small children in tow, arrive at her appointments on time, and then catch a bus back, all prior to the curfew set at the shelter. She said she felt very little support and understanding from others about her circumstances. There were times she had no motivation to do anything for herself and would just sit and do nothing.

At the shelter, there was no real space for herself and her sons. Her oldest son needs structure and predictability in order to manage his environment. The shelter was the antithesis of this. As he became overwhelmed and upset, he would throw tantrums and K worked hard to help him calm down and manage them.

K is an incredibly determined woman. She didn’t let these obstacles stand in the way of her goals. She applied for housing, took advantage of the resources and services available to her and within a year of being evicted, obtained permanent housing. K had very specific ideas of what she wanted in her apartment. She had family photos taken just before she became homeless and wanted the colors in the photos to be used as inspiration. We went one step further and had the photos developed and hung in her new living room. K stated, of her new home, “I love every single bit of it. It fits the colors so well. It wasn’t what I envisioned, but when I saw it, I said, ‘this is it.’”

She is so grateful that her sons can now go home, sit on their couch and watch TV, or sit at their little table and eat dinner. “It is the best feeling.” Her oldest son now has his own space where he can go to calm himself–his bedroom. K is also able to go home and sit on her own bed. She talked about feeling down due to the previous months and then feeling guilty that she was depressed or sad, because she now has so much. However, she was never able to process the stress and underlying feelings while in the shelter because of just being in survival mode. She now has a safe and warm home to rest at the end of her busy days and space to feel everything–from sadness and anger over her experiences, to joy and gratitude for the home she so deservedly has. 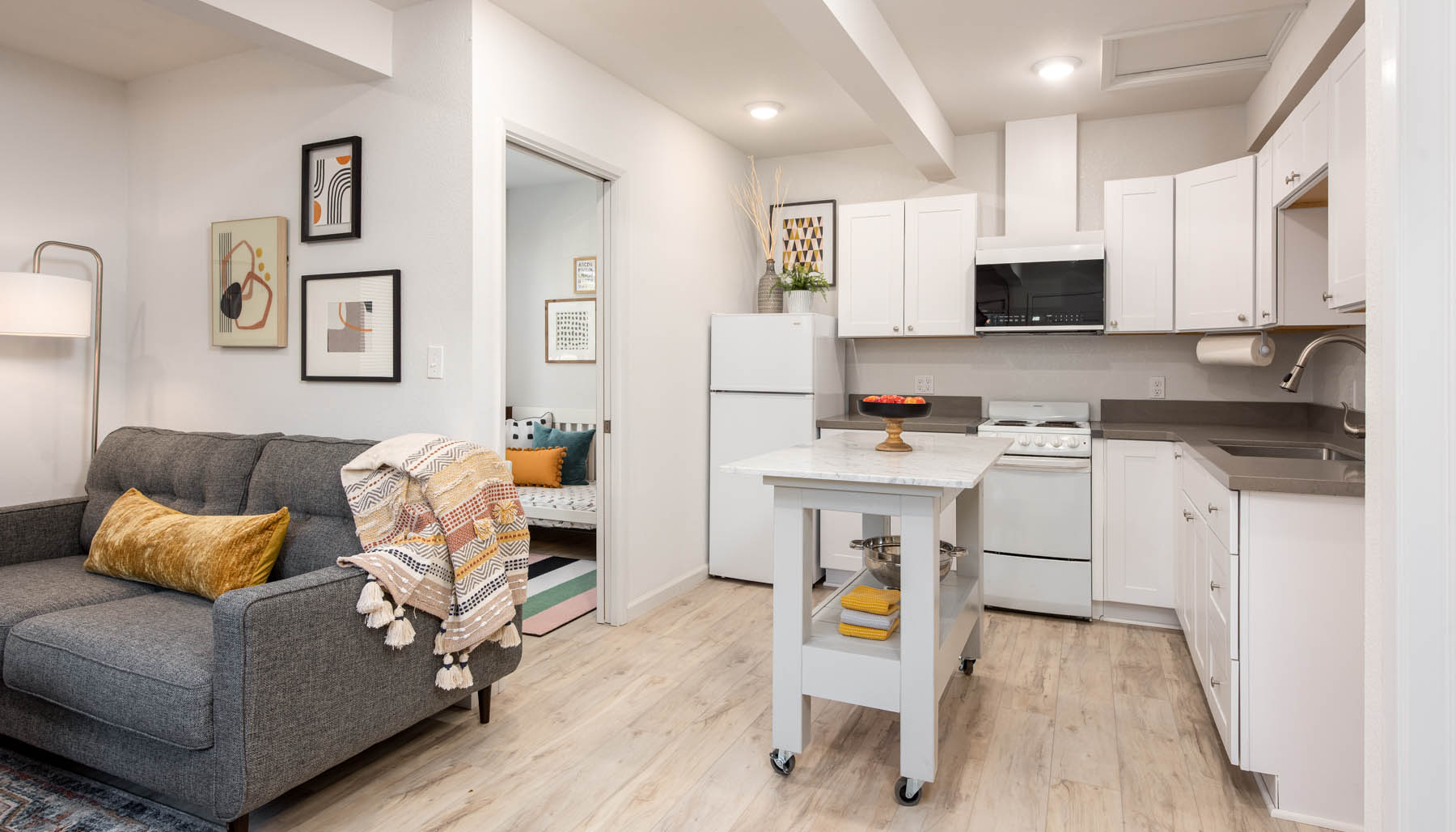 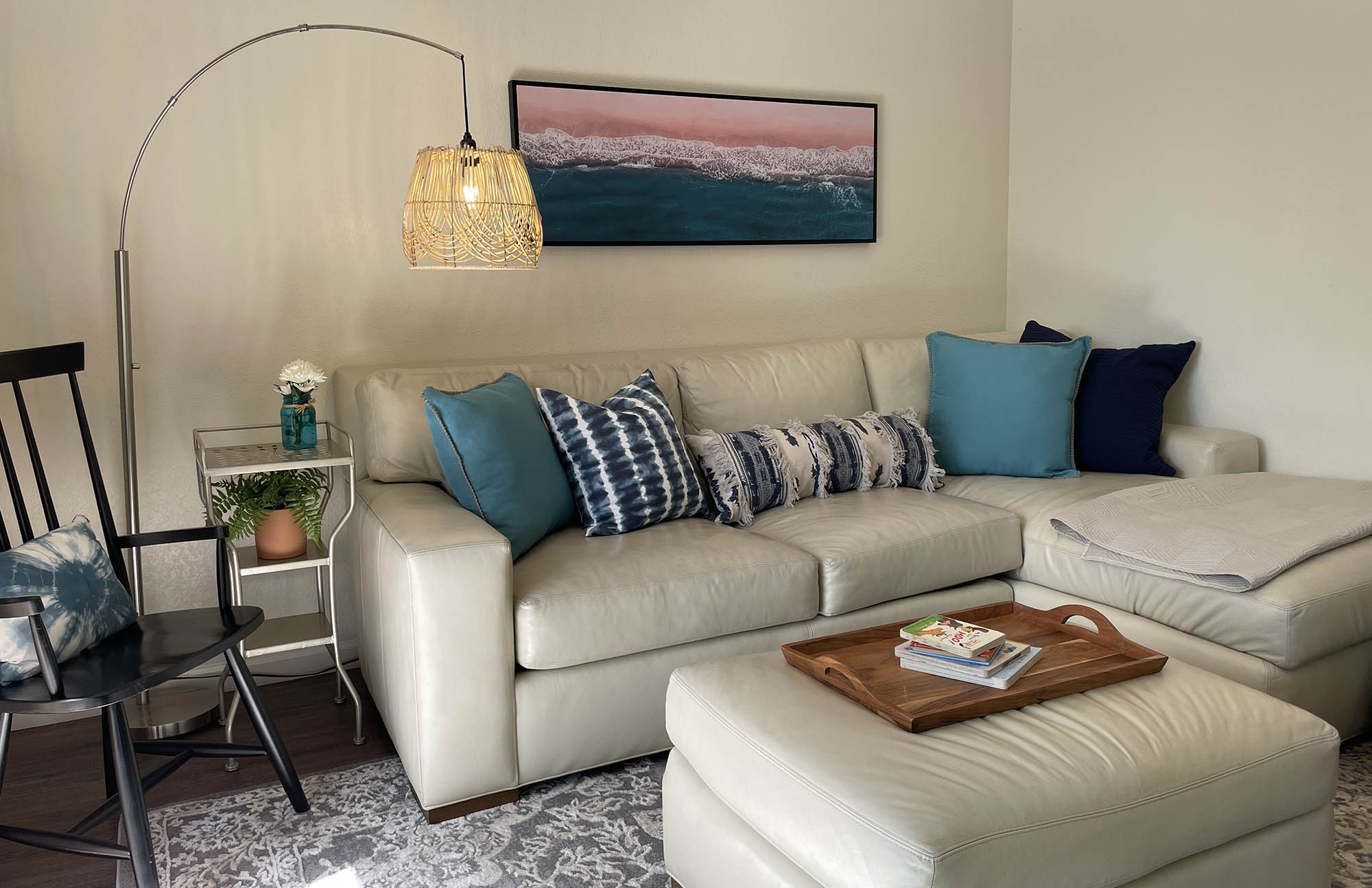 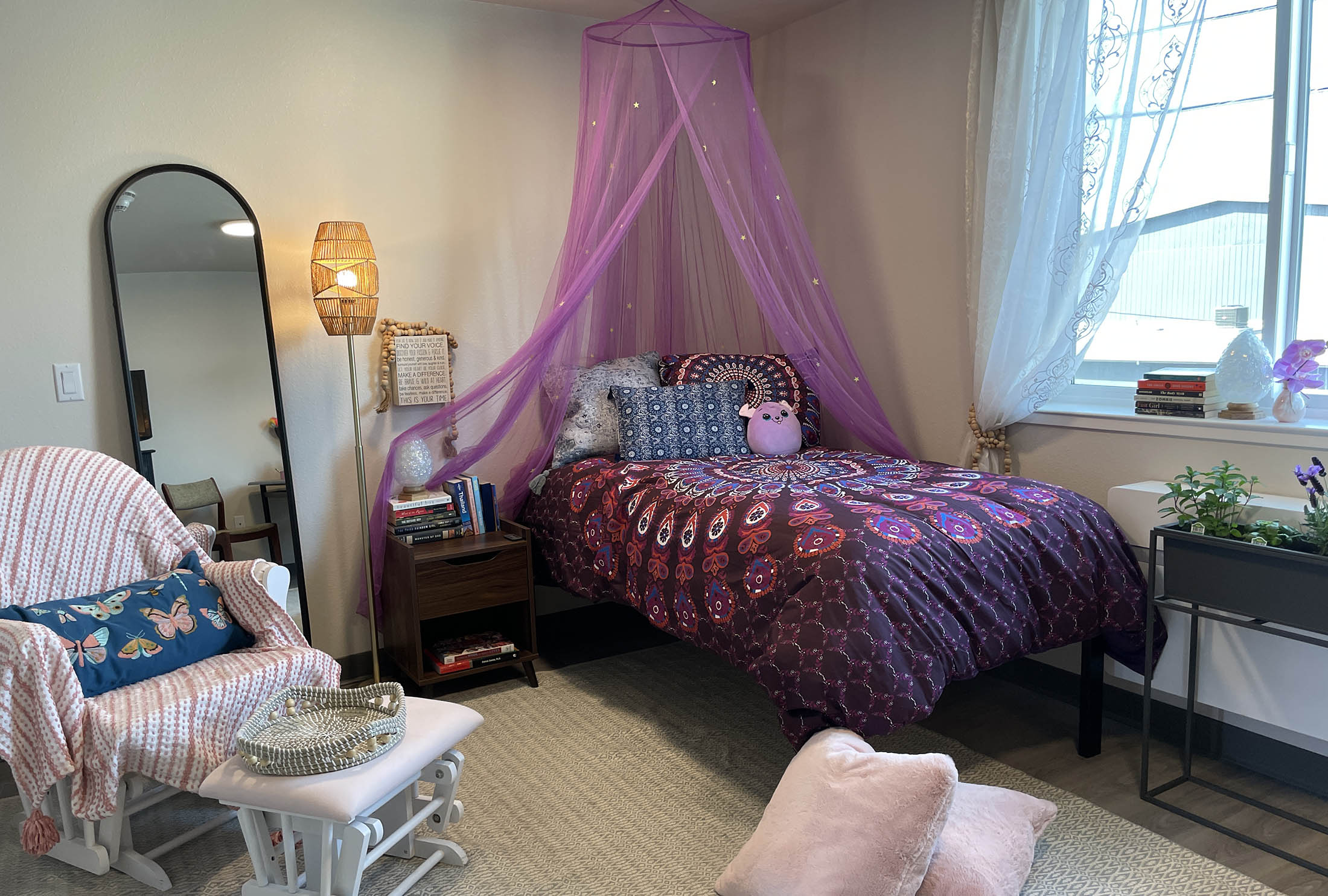 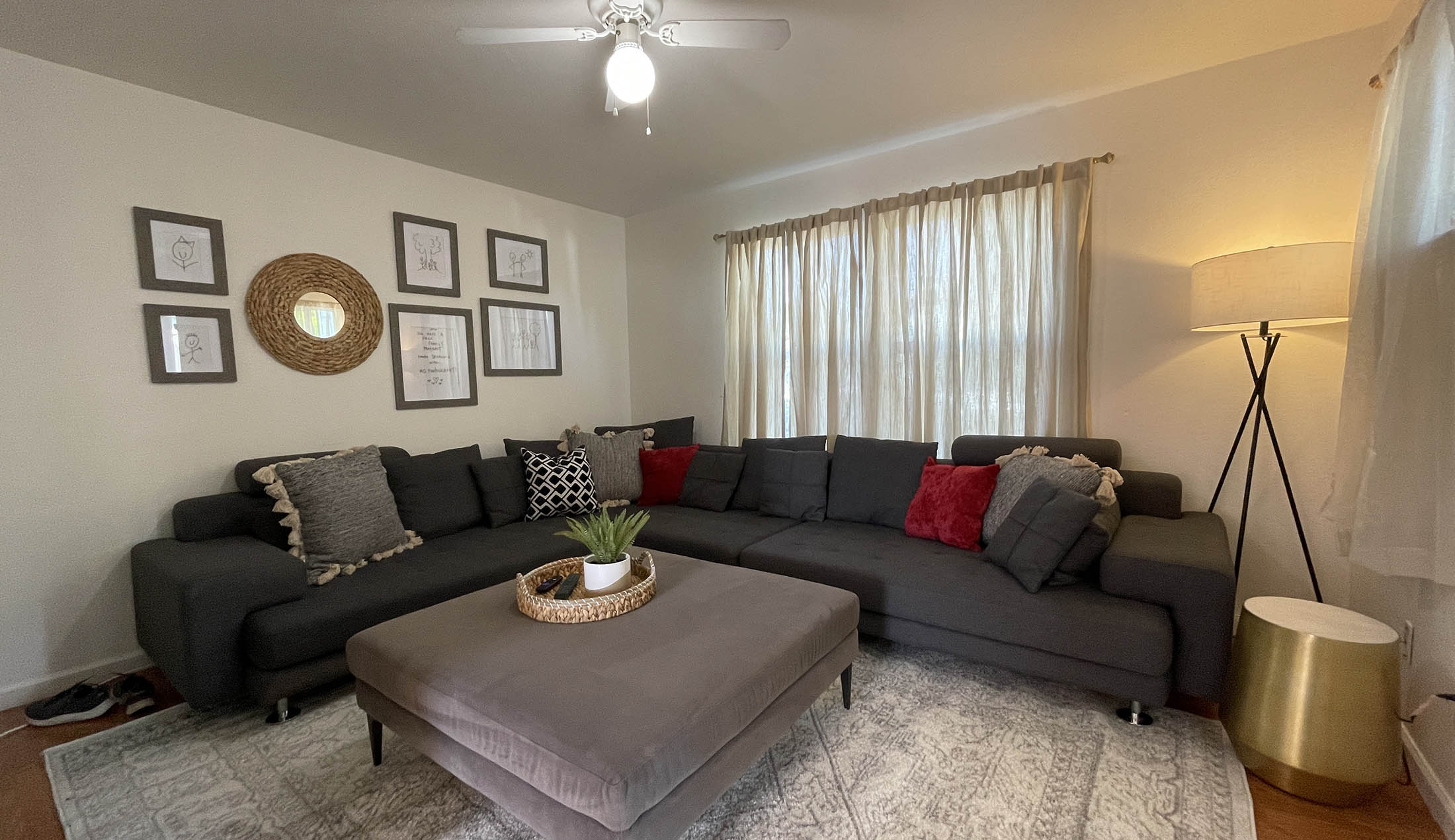 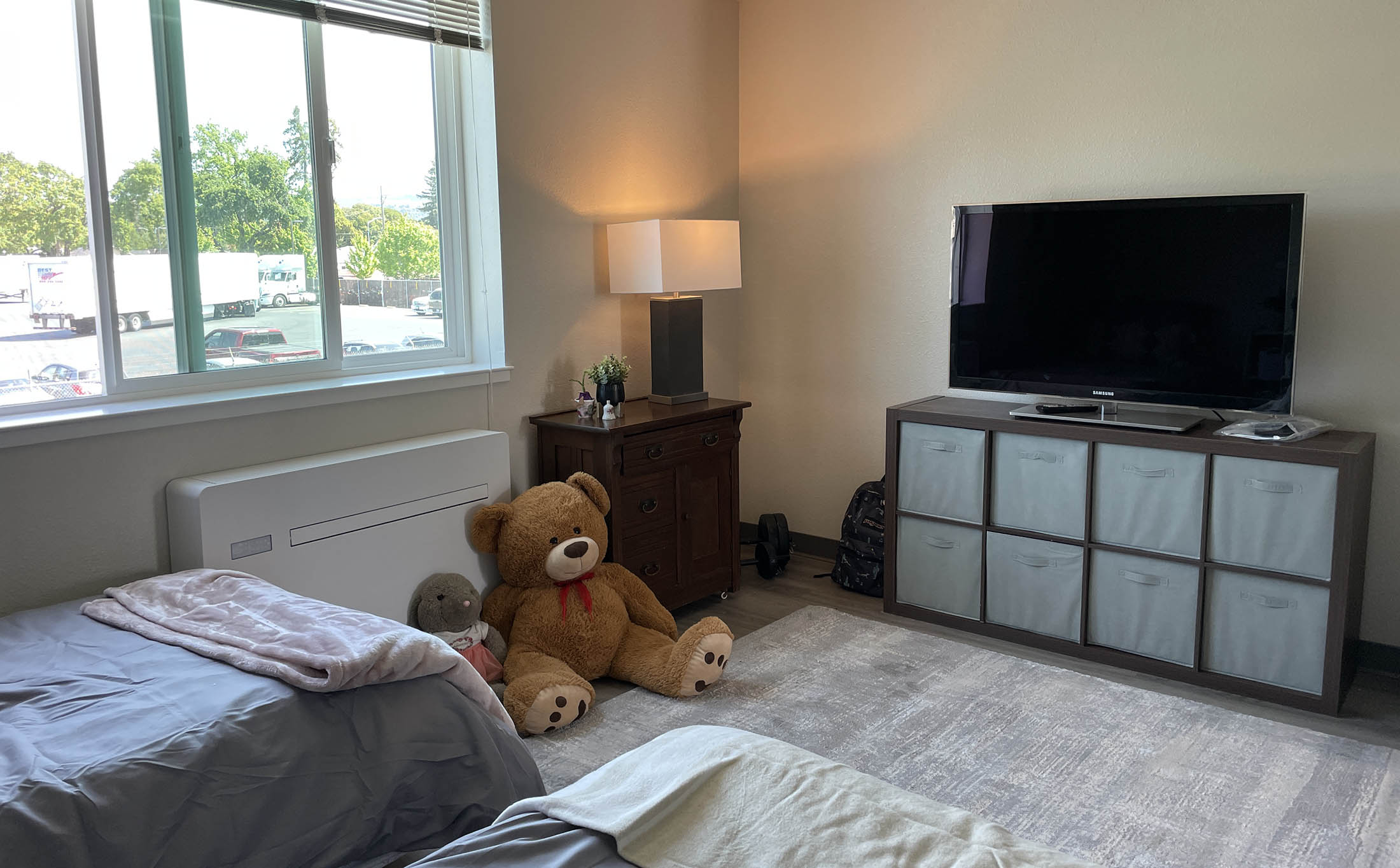 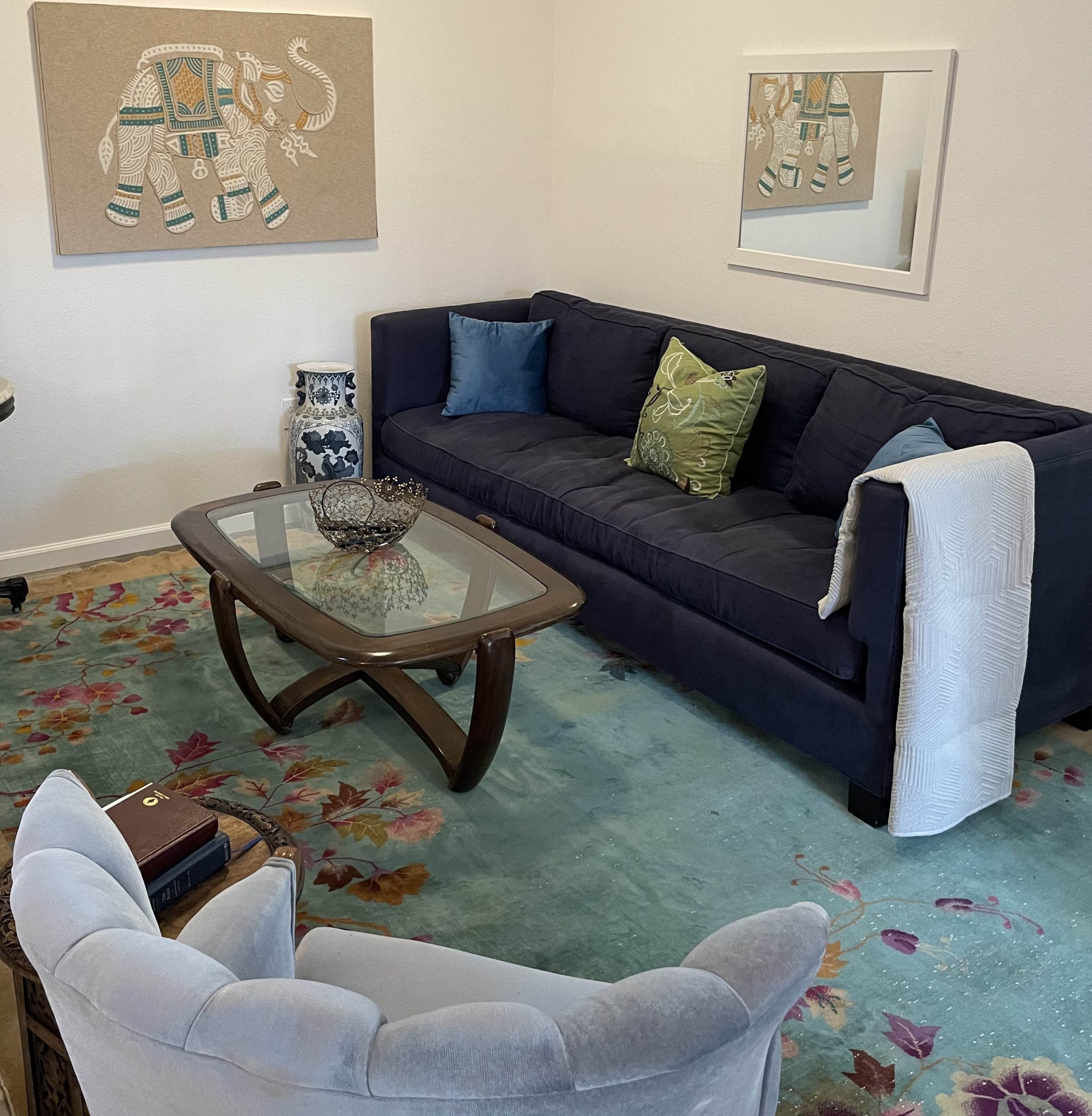